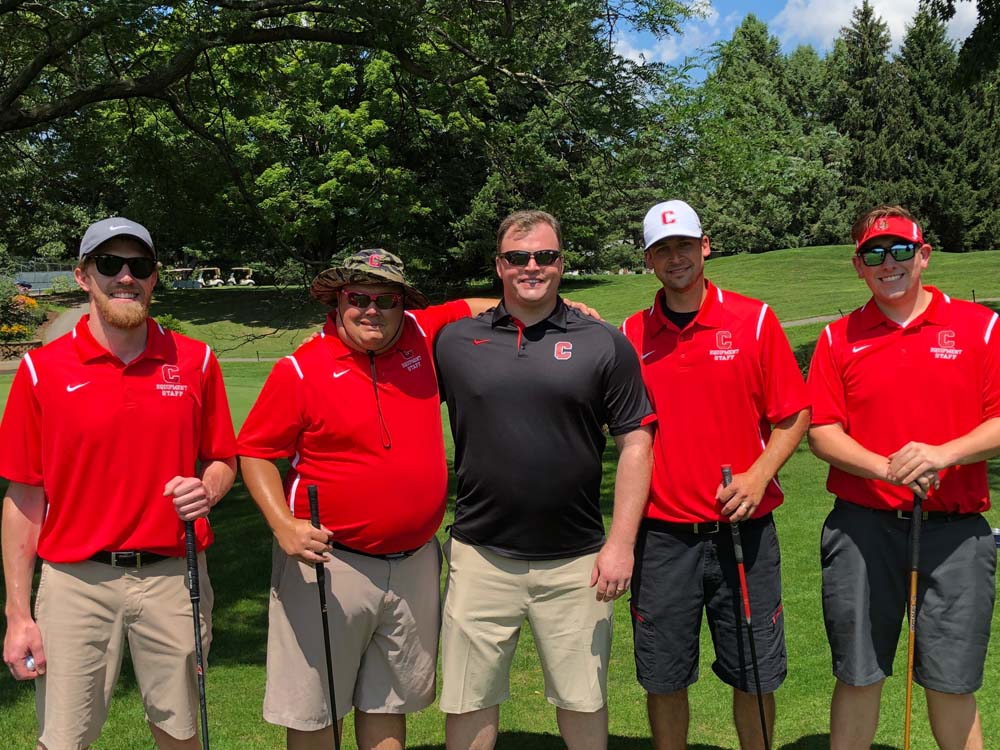 This past weekend we held the 63rd Annual Ben Mintz-CFA Golf outing. The weekend started off with a festive reception in the Hall of Fame room on Friday evening as most of the group was able to make it in on Friday. Coach Archer spoke about the team’s progress as summer camp opens next weekend. The room overlooking Schoelkopf provided many memories for us all to reminisce about. Needless to say, the group kept the caterer very busy!

Saturday began with our third Board meeting of the year and we had 16 folks in the meeting. Richie Moran even made it to the meeting being only 5 minutes late. You are getting better Coach! The agenda was brisk and we adjourned at 9:30 and headed to Ithaca CC for registration of the golf outing. The attendance at this year’s event wasn’t our highest, but the mix of attendees bodes well for the future of this organization. We had the mainstay groups of the early and late 70’s, the early and mid-80’s, and a very large presence from the guys from 2015 through 2017. Organizations don’t thrive unless they can attract young new members. Youth brings a certain vibrancy and energy that keeps us older guys engaged. The participation of the young guys in the auction was STRONG! 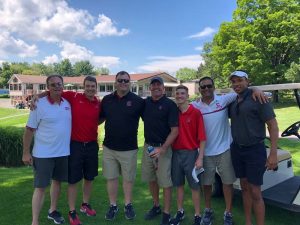 This year’s event featured our 1st ever Helicopter Ball Drop from 150 feet above the 18th fairway. Participants purchased golf balls for the drop throughout the day for a chance to win $2500 and fund the “It’s Time Challenge” for an additional $2500. Jim Oharigan’s ball fell from the sky and landed in the cup in the fairway. The Million Dollar shootout had 8 contestants, none of which made the hole in one for the big money. They all then moved in to 100 yards and shot for a closest to the pin with everyone missing the green. Everyone reloaded with a second chance and Mike Staun 81’, bested the field with the closest shot on the green, winning the $5,000, and insuring an additional $5,000 goes into the “It’s Time Challenge” fund. Team Hagy (Luke Hagy, Ben Rogers, Jonathan Ford and Matthew Doneth) won the golf tourney! 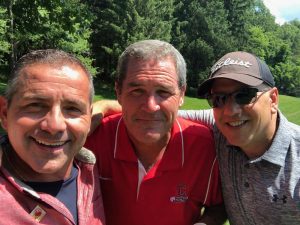 Dinner was next, and we auctioned off a few items during the dinner, keeping us on schedule. Coach Archer took us through the upcoming season’s schedule and shared with us his feeling on what he believes will be a very successful campaign. Buck Briggs wrapped up the evening at Ithaca CC, doing what he does so well for the CFA, raising the cash for the Super Bowl Tickets! We had our second annual after-hours party at the Boatyard Grill and the deck was packed by all and everyone had a great time! You could not have asked for a better ending to the weekend. 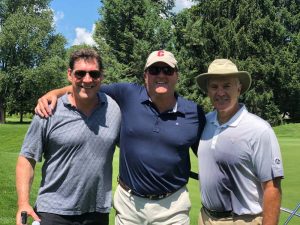 Having a successful organization is not because of one person, but more importantly the make up of the individuals in the group. Having a successful outing is no different. It doesn’t happen without many people making it happen. I’d like to thank Dan Leonard for his chairmanship and overseeing the golf committee; not just this year, but for the last several years. A special Thank You to Heather Allen and her daughter Morgan who ran the reception desk and helped keep us on track all weekend! Luna Catering, Cornell Catering, and Ithaca CC did a fantastic job keeping us hydrated and fed during the event! Matt Baughn and Robert Trent Jones course was in great shape and Ithaca CC under the guidance of Tom Smith was ready for our group as well. Paul Courter and Perfect Golf Event for continually bringing new ideas to our event. And lastly a special Thank You to our sponsors and auction donors, who without their support, we would not be able to have such events! 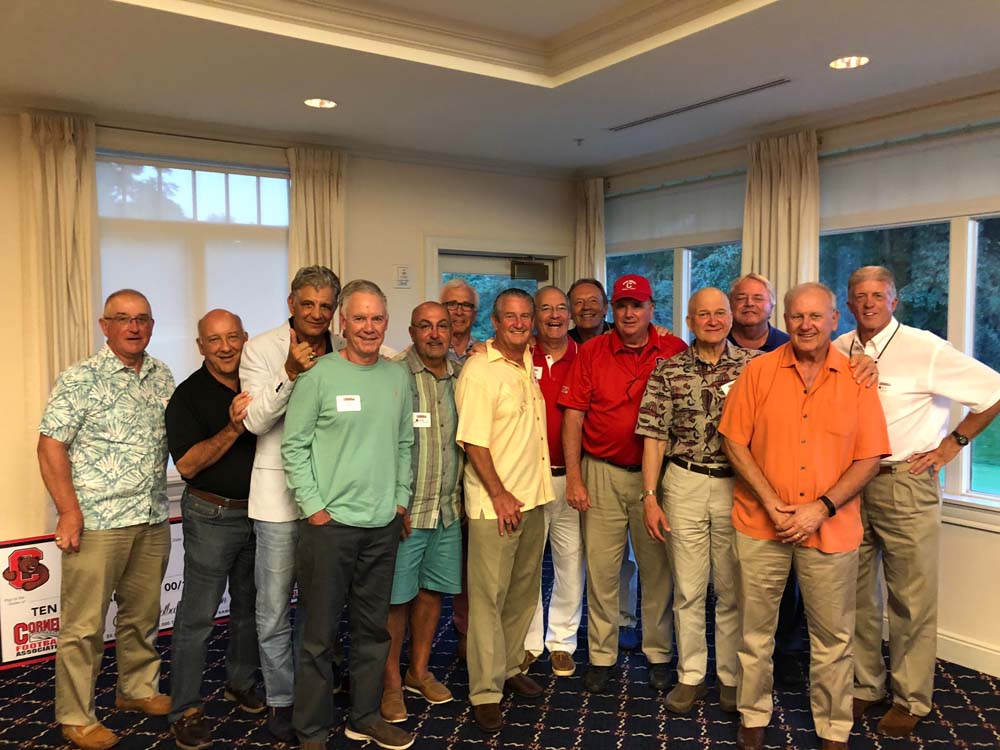 In closing, supporting the CFA and the Ben Mintz-CFA Golf Outing is supporting Cornell Football. This year, the CFA will support the baseline operating budget of the Football program with at least $122,500 and we will also be contributing to the increased operating budget as part of the “It’s Time Challenge”. The annual support of $122,500 is not possible without a successful golf outing and an active increasing membership base. I hope you all enjoyed it as much as I enjoyed it. If you haven’t been back in a while, we hope to see you next year!