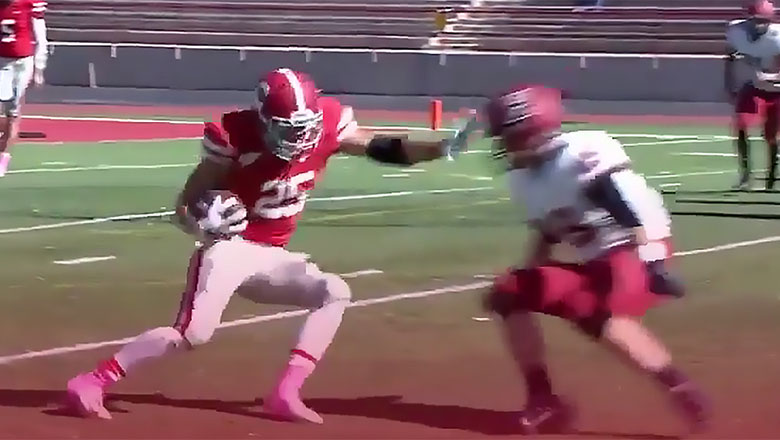 The Cornell football team lost yet another game on Saturday against the Sacred Heart Pioneers by a score of 6-31. This loss dropped Cornell to a dismal 0-5 start to the season, while Sacred Heart improved to 4-2. After playing impressively in the first three games of the season, the Big Red has struggled in their last two contests against Harvard and Sacred Heart being outscored 9-71. The prior three losses had just a 19-point total differential.

Once again the Cornell offense struggled and was held to just 280 total yards. Quarterback Robert Somborn struggled mightily completing just 10 of his 22 pass attempts and throwing for 196 yards and one interception. Jake Jatis eventually replaced him in the fourth quarter when the game was well out of hand. Star running back Luke Hagy had just one carry for three yards in this game and had to come off the field after being kneed in the head early in the game. Luckily, he needed just two yards to join Cornell’s 2,000 yard rushing club, which has only been accomplished by six other players in school history. Sophomore Josh Sweet came on to replace Hagy and had a career high 80 yards on 22 carries. He scored Cornell’s only points of the game with a 3-yard touchdown run, but did lose a fumble in Sacred Heart’s end zone. Sacred Heart’s James Rentz was a big reason for Cornell’s struggles as he wreaked havoc with 11 tackles including 2.5 sacks to put Robert Somborn in difficult spots on second and third downs.

On the other side, Sacred Heart quarterback RJ Noel had a great game, throwing for 220 yards, two touchdowns and completing 15 of his 22 throws. The Big Red had no answer for his favorite receiver, Tyler Dube who caught 9 balls for a monstrous 202 yards, including an 80-yard touchdown. Dube also threw a 1-yard touchdown on a trick play to fellow receiver Connor Caveney The Pioneers also added 135 yards on the ground led by running backs Nate Chavious and O. Imeokparia who had 76 and 66 yards respectively.

Saturday was Cornell’s final non-conference contest of the season meaning every game from here on out will impact Cornell’s standing in the Ivy League. Coach Archer needs to get the Big Red back to playing competitive football after two straight blowout losses. They will once again go for their first win of the season this coming Saturday, October 24th at 12:30 pm as they host rival Brown at Schoellkopf Field. The Bears are 3-2 thus far this season. Luke Hagy’s status has yet to be determined for this game.