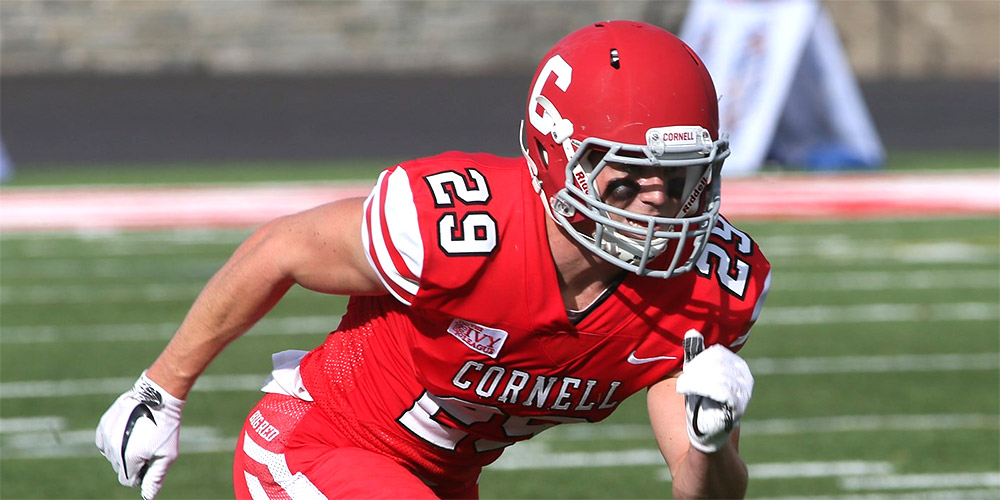 ITHACA, N.Y. -- Penn used three extended second half scoring drives to rally for a 20-7 victory over Cornell on Friday evening at Schoellkopf Field. The Quakers retained the Trustees' Cup and improved to 6-2 on the season (3-2 Ivy), while Cornell dropped its second straight to fall to 3-5 (2-3 Ivy).

The Quakers scored a pair of third quarter touchdowns on 10-play drives to erase a 7-3 Big Red halftime lead, but it was a 13-play, 54-yard drive that ate up more than half of the fourth quarter that sealed the win for the visitors. Jack Soslow capped the scoring with a 27-yard field goal with 5:20 remaining, his second scoring kick of the day, to all but clinch the win.

The Big Red defense fought valiantly despite the targeting ejections of Jelani Taylor and Lance Blass, the team's leading and third-leading tacklers on the season. Reis Seggebruch had nine tackles, Maxwell McCormick had seven and Mason Banbury had a pair of tackles for loss, including a sack, to pace the Big Red defense.

Dalton Banks completed 17-of-35 passes for 183 yards and a 13-yard touchdown pass to Lars Pedersen. Banks also ran for 46 yards. Harold Coles led the way on the ground with 55 yards on 15 carries, while Tommy McIntyre had four catches for 50 yards to pace the receivers.

Karekin Brooks had 71 yards and a touchdown on 17 carries, while backup Abe Willows posted 63 yards. Ryan Glover connected with Christian Pearson for a 19-yard score for the go-ahead touchdown. Defensively, Nick Miller had eight tackles, including 1.5 sacks, and Jacob Martin made a game-high 11 stops.