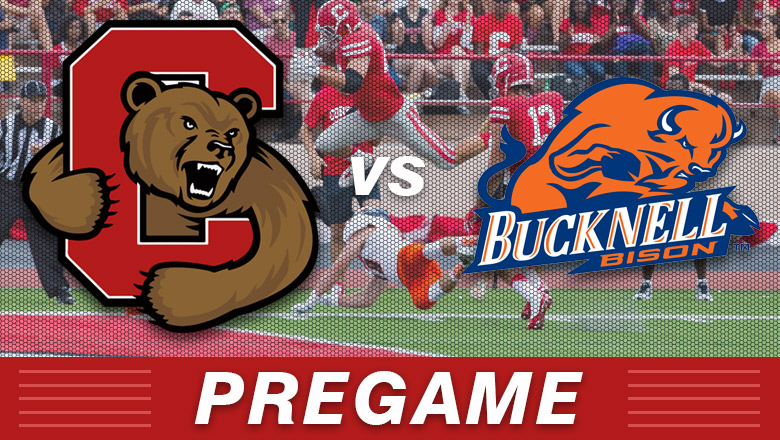 Ithaca, NY – Over the past two season’s Cornell has gone a combined 2-18. Despite the struggles the one team Cornell seems to consistently have tight battles with is Bucknell. In fact the past two years Cornell has lost to Bucknell by a combined 25 points in their last two matchups. The 2014-15 season was their biggest margin of defeat at 13 points and that was because it was David Archer’s second year at the helm. Coach Archer was just getting his foot set into the program and didn’t have a lot of dynamic playmakers to work with, but times have since changed.

The Big Red has a lot of playmakers returning from last year. All of them are seniors who are desperately trying to help Cornell become legitimate title contenders. These include, Collin Shaw (Plano, TX,) Chris Fraser (Potomac, MD), Marshall Deutz (Manhattan Beach, CA), Ben Rogers (Geneva, IL), and Luis Uceta (Endwell, NY). Last season Shaw got off to a phenomenal start racking up 172 yards on ten passes and scoring twice in three games. He exploded against Yale catching seven passes for 114 yards and two touchdowns. Shaw then suffered a season ending injury. He will be looking to go out in style in his last season. The list of successes for Chris Fraser goes on and on. Last season he had 16 punts of longer than 50 yards and had nine land inside the 20-yard line. He was also named to the Stats FCS All-America third team, joining Erik Bernstein as the only other punter in school history to earn All-America honors. It is no surprise that Chris Fraser is ranked as one of the best punters in the country; his stats speak for themselves.

Marshall Deutz led the team in receptions last year and ranked third in total receiving yards with 241. Fifth year senior Ben Rogers ranked fourth in the Ivy League last season averaging 116.3 all-purpose yards per game in addition to leading the team in receptions with 26 and receiving yards with 439. He put up 194 all-purpose yards against the Ivy League champion Harvard last year. Safe to say he will be looking to do even better this year. Luis Uceta recorded six tackles in ten games and also contributed on special teams. He had a punt return of 26 yards, which was a career long and also had two 38-yard kickoff returns. Uceta has had a year to establish himself on the defensive side of the ball; he switched midway through the season last year. You can expect him to do a lot better this season.

Despite all these offensive and defensive weapons the Big Red struggled on both sides of the ball. Last season Cornell scored 14.2 points a game, while their defense was allowing opponents to score 30 points per game against them. This is not a recipe for success and is surely not something that coach Archer was too happy about.

His motto has always been “everyone can do something”. This year he will be expecting no different. Whether you’re a freshman, sophomore, junior, or senior he will expect you to be ready when your number is called.

The kickoff for this game is set to start at 6pm on Saturday, September 17th. Make sure to go out and support the Big Red. Next week they will play Yale during their homecoming weekend on September 24th. That game is set to begin at 3pm.