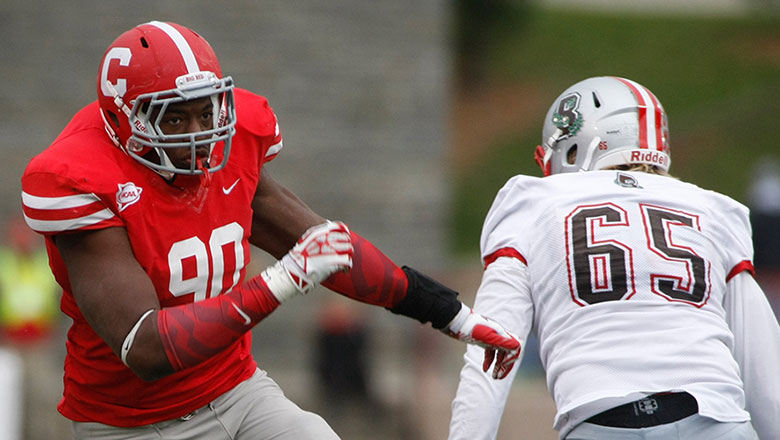 Cornell will begin their second half of the season when they go for their first win on Saturday, October 24th at Schoellkopf field at 12:30 pm against conference rival Brown. The second half of the season will be vital for Coach Archer’s team as every game is an Ivy League contest. Cornell will come into Saturday’s game with an 0-5 record overall and an 0-2 record in Ivy League contests, while Brown is currently 3-2 on the season and 1-1 in the Ivy League.

Cornell is looking to get back on track against Brown after suffering defeats in their previous five contests. Despite the 0-5 record, Cornell has played decent losing their first three games by one possession each. They have also had one of the toughest schedules in the nation. The first fives teams they have played went an impressive 40-15 a year ago. Regardless, every positional unit has struggled the past two games. Against Sacred Heart last week, Cornell managed to travel just 280 total yards on offense while also giving up a hefty 406 yards on defense. The Big Red will hope to have their focal point on offense, running back Luke Hagy, back after he was injured in last week’s contest because of a knee to the head. Hagy is currently third in the Ivy League in rushing yards per game despite only having one carry for three yards last week due to his injury. As a team, Cornell currently sits at 7th in the Ivy League in yards per game and yards given up per game.

Brown is coming off an Ivy League win against Princeton last week when they won 31-38. Quarterback Marcus Fuller, who leads the Ivy League in passing yards per game, added another 285 yards and two touchdowns to his season totals, but also threw two interceptions as well. He had 42 passing attempts last week and is averaging 41.8 attempts per game, which is quite different from Cornell’s game plan. Cornell’s Robert Somborn is averaging just 23.4 attempts a game. Another key player for Brown is wide receiver Troy Doles who is currently leading the Ivy League in receiving yards with a dominant 609 yards. The Big Red defense’s priority clearly should be trying to stop Brown’s dynamic passing attack and capitalizing on their one-dimensional offense.

This rivalry dates all the way back to 1895 when their first game ended in a 6-4 Cornell victory. Brown holds the advantage in the series going 35-26-1 in these contests and winning 12 of the last 14. Coach Archer and his team should recognize the importance of this game. They will need a victory on Saturday if they hope to be relevant in the Ivy League and gain momentum going into the important second half of the season. A win would also give Cornell and Brown the same conference record at 1-2.