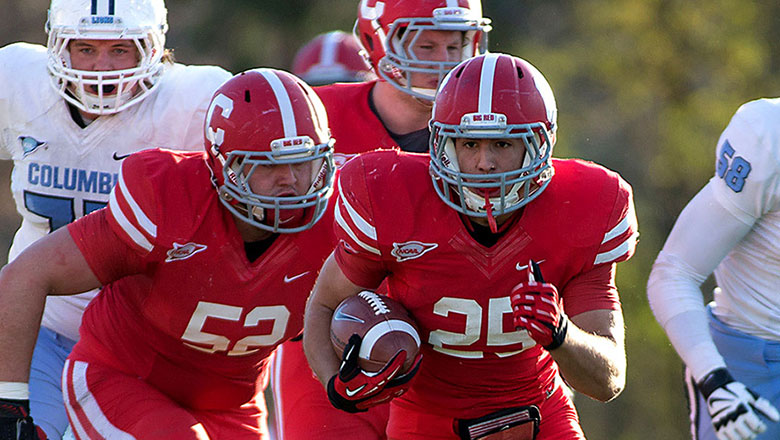 The Cornell football team will have its last home game this Saturday, November 14 at 12:30 pm when it hosts Columbia for the Empire State Bowl. Cornell will be coming in with a winless record of 0-8 and 0-5 in the Ivy League while Columbia owns a 2-6 record and is 1-4 in the conference. The two teams are at the bottom of the Ivy League currently but a Cornell win would even the conference record between the two with a chance to avoid last place as the season comes to an end.

Cornell is looking to build off a strong defensive effort and improve a weak offensive performance from a 3-21 loss to Dartmouth a week ago. Quarterback Robert Somborn will need to play drastically better this week after throwing for just 83 yards. Luckily, Columbia is the only offense that ranks lower than Cornell in both offensive yards and points. Cornell will look to take advantage of the opposing quarterback, Skyler Mornhinweg, who is having a rough season thus far. He has thrown just four touchdowns with nine interceptions and is averaging just 138 passing yards.

However, Columbia has been the much better team on defense as they have given up just 310 yards per game while Cornell is forfeiting 440, good for last in the conference. Seeing as Dartmouth is a superior offensive team compared to Columbia, Cornell is hoping to contain the Lions like they did the Big Green, something that has rarely been done this season.

Since this is Cornell’s last home game of the season, the team will be honoring the 21 seniors on the team for their college careers, most notably running back Luke Hagy. Hagy has built a legacy with Cornell and will likely be inducted into the team Hall of Fame. He is three yards away from moving into fourth on the school’s all-purpose yardage list. Last week he became the first Ivy League player ever to accumulate 2,000 rushing yards along with 1,500 receiving yards. The university will surely miss his astonishing contributions.

The rivalry between these two teams dates all the way back to 1889 and Saturday will be the 103rd meeting between them. Cornell holds a 63-36-3 advantage in the series. With just two games left in the season, Coach David Archer is looking for his first win this year to avoid a winless season. It certainly would come at a good time on Senior Day and for an Empire State Bowl victory.