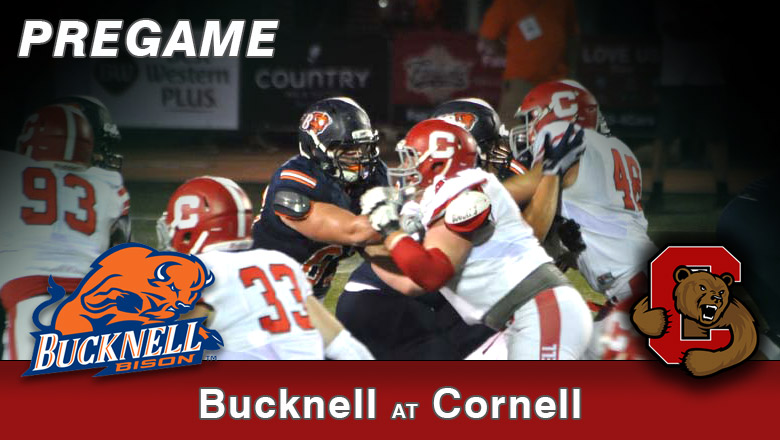 ITHACA, NY. – Cornell will play its fifth game of the season on Saturday, October 14, at 1:30 p.m. against Bucknell at Schoellkopf Field. The Big Red, who is coming off its first win of the season against Harvard, is 1-3 this year with a 1-1 record in the Ivy League. Meanwhile, Bucknell has had its fair share of struggles this year at 2-3 and is coming off a disappointing 35-14 loss against Monmouth last week. Cornell is currently tied for third in the conference with Yale and Harvard, who are also 1-1. The matchup between Cornell and Bucknell is known as the “Battle of the Nells”, a rivalry and tradition that goes back more than 100 years.

The Big Red will be coming into Saturday’s game with some momentum after earning a pivotal 17-14 win over Harvard. Cornell’s victory ended an 11-year losing drought to the Crimson and the Big Red will be looking to win from here on out to avoid finishing last in the Ivy League. The key to Cornell’s recent success has been their defense, which has allowed just 14 points over its last 30 minutes of play. The unit that had surrendered plenty of points all season long flipped a switch giving up just 35 points over its last two meetings after allowing 90 points through its first two matchups.

However, Bucknell comes into the game having had struggles too. The Bison over their last three matchups have given up 96 total points, allowing their foe to average 32 points-per-contest over those three meetings. Quarterback John Chiarolanzio has not thrown for too many yards this season, but he has completed 59.5 percent of his throws this year. The Bison’s biggest weapon this season has been their senior running back Joey DeFloria, who through five games has rushed for 245 yards on 82 carries and crossed the end zone twice. If Cornell wants to earn their second-straight victory they will need to eliminate DeFloria and make someone else beat them.

While Cornell’s defense has been much improved over it last two matchups, the offense has still struggled to put up as many points as it would like scoring just 21 over its last two games. Cornell will want to turn to Senior Jake Jatis who scored twice on a pair of QB scampers and Chris Walker who ran for 93 yards in their last game against Harvard to carry the load offensively.

Saturday will be the 57th meeting between these two teams dating back to 1888. Cornell holds the advantage in the series going 43-13-0 in those games.