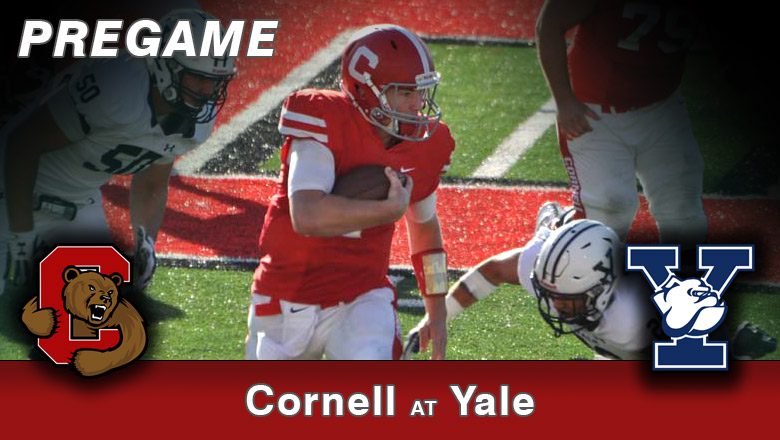 NEW HAVEN, CT. – Cornell football will play its second game of the season this Saturday, September 23, at 1 pm against Yale at the Yale Bowl. The Big Red, who is coming off its first loss of the season against Delaware, is 0-1 this season, with no record in Ivy League play. Meanwhile, Yale is off to a great start at (1-0) and is tied for first in the Ivy League after beating Lehigh last week, 56-28. Columbia, Dartmouth, Princeton, Penn, and Brown are the other current leaders in the Ivy League. The matchup between Yale and Cornell has gone in favor of the Bulldogs recently, who have won 11 of their last 16 meetings against the Big Red.

Cornell will be coming into Saturday’s game looking to right the ship, after suffering a 41-14 loss to Delaware last week. They will be trying to earn their first win of the season against a team they beat last year during homecoming weekend 27-13. The key to Cornell’s success will come on the defensive side of the ball. A unit that had given up 27 first-half points against the Blue Hens, but has flipped a switch over the last two-quarters, allowing just 14 points against a Delaware team that had averaged 31.5 points through their first three games.

However, Yale is coming into this game having put up the most points in week one among Ivy League teams by compiling 56 against Lehigh. Freshman quarterback Kurt Rawlings lit it up in his fourth career collegiate game, completing 76.9% of his passes (20/26) for 308 yards and four touchdowns, and he didn’t throw a single interception. A big reason for Rawlings success is his favorite weapon, wide receiver Zane Dudek, who’s second in the Ivy League in receiving yards and tied for second in touchdowns after week one. Dudek had nine receptions for 131 yards and two scores, averaging an incredible 14.6 yards-per-catch. If Cornell wants to impose pressure on defense against the Bulldogs, they are going to have to find a way to contain Dudek and make someone else beat them. Yale’s second-leading receiver had just 45 total yards.

While Cornell’s defense has been playing at a high-level over it last two-quarters, the offense has managed to put up just 14 points so far through 60 minutes of play in part due to the struggles of their passing game. Dalton Banks threw for just 247 yards and also committed a handful of mistakes including three interceptions. Cornell will need to have more success on the ground as well to avoid being one-dimensional like they were against the Blue Hens. Their leading rusher, Chris Walker gained just 24 yards on eight carries, while their other running backs ran for 13 yards or less. Yale’s defense did give up 28 points against Lehigh, so they’re a unit that has shown vulnerability.

Saturday will be the 80th meeting between these two teams dating back to 1889. Yale holds the advantage in the series going 47-30-2 in those games.