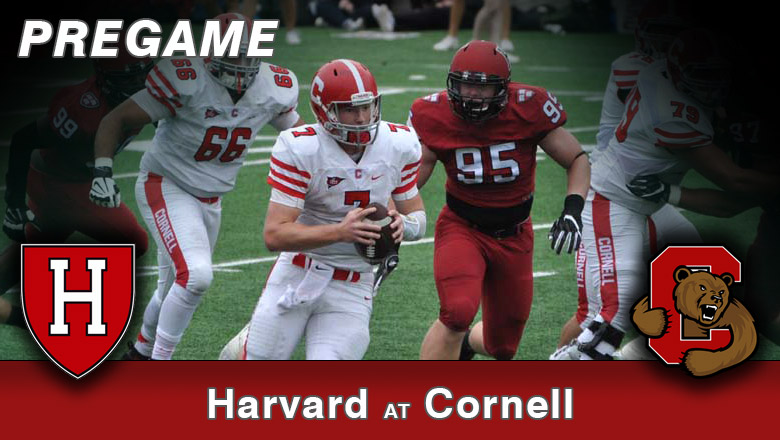 ITHACA, NY. – Cornell football will play its fourth game of the season on Saturday, October 7, at 1:30 PM against Harvard at Schoellkopf Field. The Big Red, who is coming off its third-straight loss against Colgate, is 0-3 this year with a 0-1 record in the Ivy League. Meanwhile, Harvard has played at an extremely high-level over their last two games, averaging over 40 points-per-contest and has held their opponents to an average of just fifteen points-per-matchup in those two meetings. Harvard has had success against Cornell recently having won 15 of their last 16 meetings, but Cornell will look to turn the tide and earn a win.

The Big Red will be coming into Saturday’s game trying to gain some momentum after a devastating 21-7 loss against Colgate last week and will still be looking to earn their first win of the year. The key to Cornell’s success will be their ability to limit the number of turnovers on offense and to play a full 60 minutes on defense. The unit has given up 111 points through three games but has had their moments, particularly last week against the Raiders. The Big Red didn’t allow a point for a full 15 minutes, which was the best their defense had played all year, but then Colgate put up 14 points in the second-quarter and never looked back.

However, Harvard comes into this game as one of the most lethal offenses in the Ivy League scoring 32 points-per-contest. Quarterback Joe Viviano has not thrown for too many yards this season, but he has a high completion percentage among starting quarterbacks at 60% through his first three games this season. A big reason for his success has been smart decision-making and his team’s ability to run the ball well. Junior tailback Charlie Booker III has rushed for 241 total yards, averaging 93.7 per-matchup and has four touchdowns through three games this year. If Cornell wants to get over the hump, they are going to need to find a way to shut Booker down defensively.

While Cornell’s defense has been playing well in spurts this season, they still have not been able to put together a solid effort for a full 60 minutes. The Big Red has struggled offensively because of mistakes, particularly, with their QB Dalton Banks, who has thrown nine interceptions through his first three games this season; that’s just five less than he threw all of last year. If they can limit the mistakes on the offensive and defensive sides of the ball, Cornell could earn a momentum-changing win.

Saturday will be the 82nd meeting between these two teams dating back to 1890. Harvard holds the advantage in the series going 47-32-2 in those games.