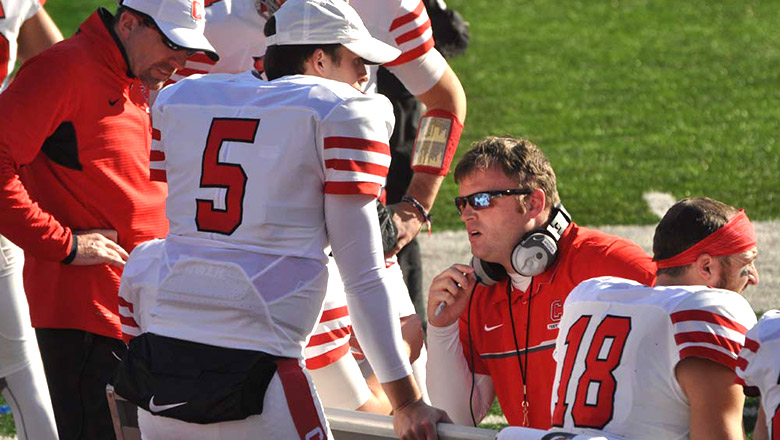 The game of football can really be quite simple: The team that executes in clutch situations is going to be the one that comes out on top. This is how the Cornell football team ended its five-game losing streak in New York City on Saturday. The Big Red converted on key third and fourth down plays in five offensive series, fueling its victory over the Lions.

Cornell’s focus and determination was shown on its first drive of the game when the offense went for it on fourth-and-two at the Columbia 27-yard line. Sophomore running back Chris Walker found a hole and made the most of the opportunity, going the distance for the touchdown.

Then, with 1:38 left in the fist half, Cornell faced a third-and-three at the Columbia 28. Walker came through again. The Big Red offensive line gave the sophomore running back an opening and he made the most of it for another TD run that tied the score 21-21 going into halftime.

The third sequence was not only a key turning point in the game, but also a highlight moment for the season. The Big Red offense was stopped at the Columbia 47 midway through the third quarter. Facing fourth and 5, Coach David Archer called for a fake punt. Jatis chose the second the option on the play—a wide-open Chris Fraser, the Big Red punter who snuck out of the backfield to run downfield. The pass play gave Cornell a first down at the Columbia 14, and quarterback Dalton Banks threw a touchdown pass to tight end Hayes Nolte on the next play to give the Big Red the go-ahead touchdown.

Cornell’s big-play execution shined when it mattered in the fourth quarter. The Big Red’s had a classic 15-play, 85-yard scoring drive that consumed more than seven minutes and extended the lead to 35-27. The Red converted on a fourth and one attempt at the Columbia 30 (a two-yard rush by QB Banks), and on a 3rd and 7 situation three plays later (a 24-yard pass from Banks to senior receiver Marshall Deutz).

The final third down conversion resulted in the victory-clinging touchdown. On 3rd and 1 at the Big Red 29, Walker burst through the line and went the distance untouched, racing 71 yards for his third touchdown on the day.

Cornell was 9-of-19 on third down plays. More important, it was 3-of-3 when going for it on fourth down. And that is winning football.