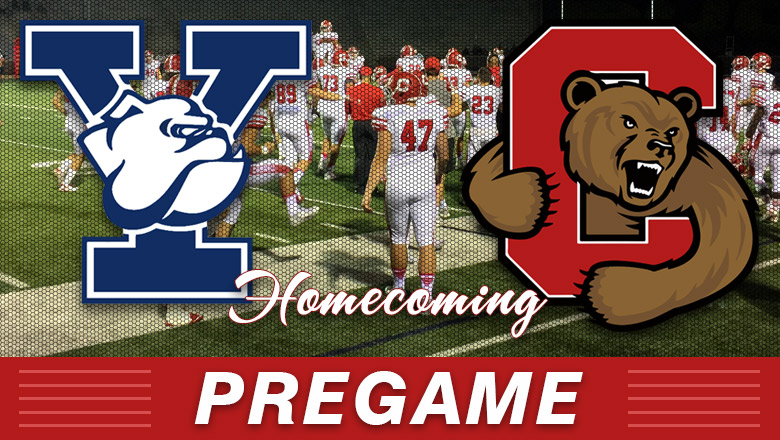 An array of fireworks is expected this coming weekend at Schoellkopf Field. On Friday night, as part of the Homecoming festivities, a spectacular fireworks display and laser show will be witnessed by a packed Crescent. 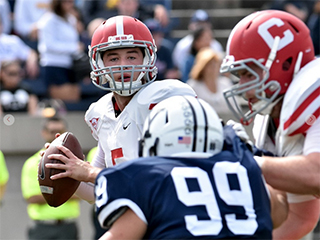 But the real show is expected at 3 p.m. on Saturday when the Big Red (1-0) takes on visiting Yale (0-1) in the Ivy League opener for both teams. Last year’s game, a 33-26 Yale victory in New Haven, was one to be remembered, or better yet forgotten. Cornell jumped out to a 12-0 lead early in the second quarter, and led 26-13 at the intermission. The home team scored the remaining points of the game, the winning touchdown coming on a 52-yard pass with just 32 seconds remaining, the Elis only lead of the game.

Saturday’s game promises to be different. Cornell captured a 24-16 victory last Saturday night at Bucknell, while Yale was being pummeled at home by Colgate, 55-13. A win this Saturday would make the locals 2-0 for the third time in this century, and the first winning Ivy opener since 2012. 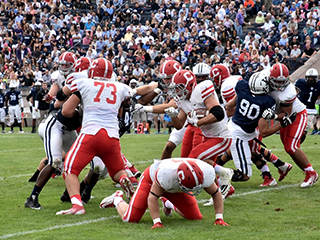 Coach David Archer was extremely pleased with pre-season practice, and believes that his team showed the toughness and grit in Lewisburg, PA, last Saturday night. He said, “This is a different team from previous years, and the players have a different attitude that leads to winning. One victory doesn’t make a season, but it sure beats what we went through last year.”

Against Yale on offense, the Red will go with the same combination that was successful in the season opener. Sophomore quarterback Dalton Banks will get his second start. The 6-3, 232-pounder totaled three touchdowns (two rushing, one passing), while another first-time starter, sophomore running back Chris Walker (6-1, 206) rushed for 141 yards. Six different receivers caught two or more passes.

Defensively vs. the Bison, sophomore cornerback DJ Woullard (6-1, 196) intercepted two passes, and junior linebacker Daniel Crochet (6-2, 236) totaled a career high 11 tackles. Senior punter Chris Fraser continues to engage scrutiny from every team in the NFL. He averaged 41.5 yards per punt vs. Bucknell, and has a career average of 43.0. He’ll be playing somewhere for pay on Sunday, Thursday or Monday nights in 2017.

“The ‘real’ season begins on Saturday,” said Coach Archer, “and we’re anxious to see how we fare up to our Ivy competition.”

On Saturday night, the Athletic Department will celebrate its Hall of Fame celebration, and it’s apropos that Scott Oliaro ’92 is being inducted on Yale weekend. The versatile running back, up in New Haven, set the school single-game rushing record (288 yards) and the single-game all-purpose yardage record (395 yards) vs. the Bulldogs. The other gridder being honored was certainly a no-brainer, as it is Kevin Boothe ’05, an offensive lineman who was a three-year All-Ivy first-team pick and an All-American. He went on to a successful pro career that earned him two Super Bowl rings.