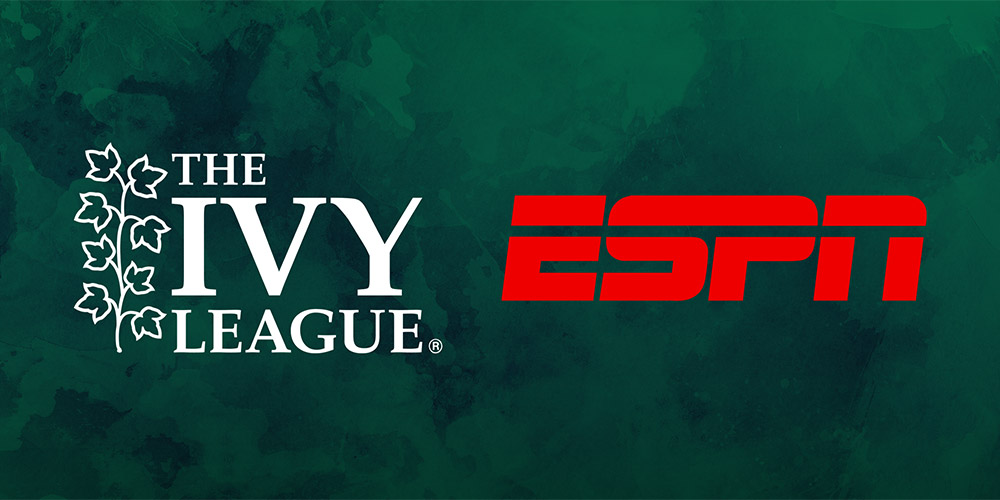 ESPN and the Ivy League have reached a comprehensive, 10-year deal for ESPN to become the exclusive national media rights partner for the conference, carrying more than 1,100 events annually from more than 30 sports on ESPN media platforms. The majority of those will be exclusively available on ESPN+, the new direct-to-consumer sports streaming service launching April 12 from The Walt Disney Company’s Direct-to-Consumer and International division in partnership with ESPN. The Ivy League will also have at least 24 events air on ESPN’s linear networks each year, including historic rivalries such as The Game: Harvard-Yale football, and new traditions like the men’s and women’s basketball conference tournaments.

“We are excited to announce this groundbreaking and comprehensive long-term partnership with ESPN, which will dramatically increase our exposure and reach across the League’s broad-based sports offering,” Ivy League Executive Director Robin Harris said. “This agreement preserves the Ivy League’s place at the forefront of innovation and connects the League with a partner that is driving the convergence of linear and digital sports programming.”

“With this new agreement, we continue to provide fans with the most diverse content through all our networks and platforms, while also deepening our commitment to college sports,” said ESPN executive vice president of programming and scheduling Burke Magnus. “We are significantly enhancing our existing relationship with The Ivy League, providing the conference, its institutions, and fans the most comprehensive coverage of the league to date across ESPN’s networks and platforms, while also adding specific benefits that are made possible with the launch of ESPN+.”

Starting in the 2018-19 season, fans of the conference and its eight member institutions will receive increased Ivy League content and coverage from ESPN, including exclusive live events, amplified access to highlights and special league content in an increasingly customizable and personalized fashion.

The expanded live content and enhanced fan experience through ESPN+ will also provide a greater value to Ivy League fans, as they will receive more games and content at a cost less than the current Ivy League Network. For just $4.99 a month, subscribers will get the Ivy League Network (1,100+ games and surrounding programming), MLB, NHL and MLS games, Grand Slam tennis, Top Rank boxing, PGA Tour golf, additional college sports, international rugby, cricket, the full library of ESPN Films (including the award-winning 30 for 30 documentary series) and more.

Magnus added, “Even before launching, ESPN+ is already establishing itself as the leading home for direct-to-consumer sports streaming, bringing together existing streaming services and new ESPN content and coverage in a single, affordable product that gives fans anywhere, anytime access to more sports, more games and more original content.”

ESPN+ will be an integrated part of a completely redesigned and reimagined ESPN App that will be the premier all-in-one digital sports platform for fans. With a richer, increasingly more personalized experience, the new ESPN App will curate all of ESPN’s incredible content into an experience unique to each fan’s individual tastes. ESPN+ will also be available through ESPN.com.

In addition to the League’s enhanced national partnership with ESPN, the Ivy League and its member schools will continue broadcasting several events, across multiple sports, through their regional network partners. All games televised on regional networks will be available locally and nationally on ESPN+.

New Agreement Enhances Exposure for The Ivy League
Starting in the fall of 2018, among the more than 1,100 Ivy League events to be carried on ESPN’s platforms each year will be every conference-controlled football, men’s basketball and women’s basketball game. The agreement also provides increased exposure for the conference’s entire broad-based sports offering, including at least 12 conference postseason events each year. Details include:

New Deal Expands ESPN’s Relationship with The Ivy League
ESPN and The Ivy League’s affiliation dates back more than 30 years, including an extensive relationship through digital sports rights. For the last three seasons, ESPN3 has streamed more than 85 Ivy League events each year, while ESPN’s linear networks have televised the Ivy League men’s and women’s basketball tournaments and men’s lacrosse tournament since inception.