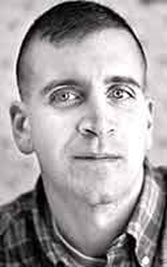 I received this note from Chris Field regarding our teammate George Wood ’93 which I have included below, along with a link to his Memorial Day article.

I’m writing to ask a favor.

My wife is currently Active Duty Army, and serves as a military veterinarian. I began writing for military publications some years ago, and submitted an article to ‘Military One Click’, a non-DOD site that highlights military life, community and family concerns. 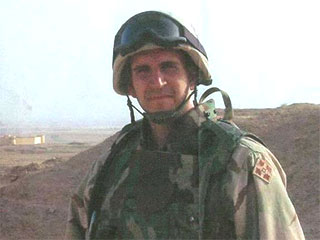 I had an idea for a Memorial Day article on the family of George Wood ’93, and I’m hoping that you would be able to distribute this piece to the Cornell Football and Athletics family. As you may recall, after graduation, George went on to finance two graduate degrees through the Army, went Active Duty, became a tank commander in Iraq, and was killed by an IED 14 years ago. 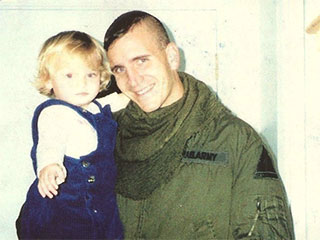 The article concerns George’s widow, Lisa, who put together a memory box for their daughter, Maria, who just turned 17. Maria last saw her father when she was only two, and her mother asked old friends and colleagues to contribute reflections, stories, photos and videos of George to allow their (now nearly adult) daughter to come to a greater understanding of her father. I sent along the Cornell Football Association articles I wrote on George and his passing, as well as a few fun memories of his sense of humor and personality. I also sent her the ESPN video of the Cornell Football v. Brown video from Homecoming 1990, when George, only a sophomore, made his first college start.

I had to call in a big favor with the editor of the site, as their Memorial Day slate of articles was pretty full. But I thought this piece would play especially well around Memorial Day. Unfortunately, I only found out that Lisa had given the memory box to Maria last weekend, and had to turn it around pretty quickly to get it formatted for publication. But in return, I told the editor that I would see if I could get the Cornell family to give this piece a nice bump.

As you can tell, George is still very much present to his friends and family. I’m hoping this honors his memory and his family, and make them realize the full impact George had on the lives of others. 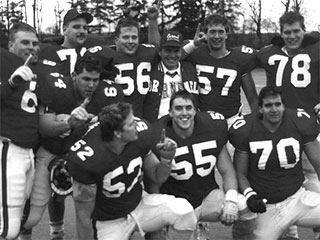 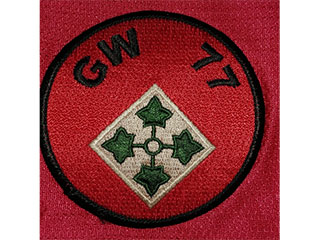 Here is the link to the story, which just went live:
http://militaryoneclick.com/memory-day-gold-star-teen-long-fallen-father/
or
https://bigredalumni.org/memory-day-gold-star-teen-meets-long-fallen-father/
As we honor those who have gone before us, let us be ever mindful of George, our teammates, the game of football, the bonds we formed and our impact on the lives of others.
GO BIG RED !!!

Coach Archer’s philosophy: “EVERYONE CAN DO SOMETHING” – please help spread the word!
Posted in Chris Field, In Memory of and tagged George Wood, Memorial Day