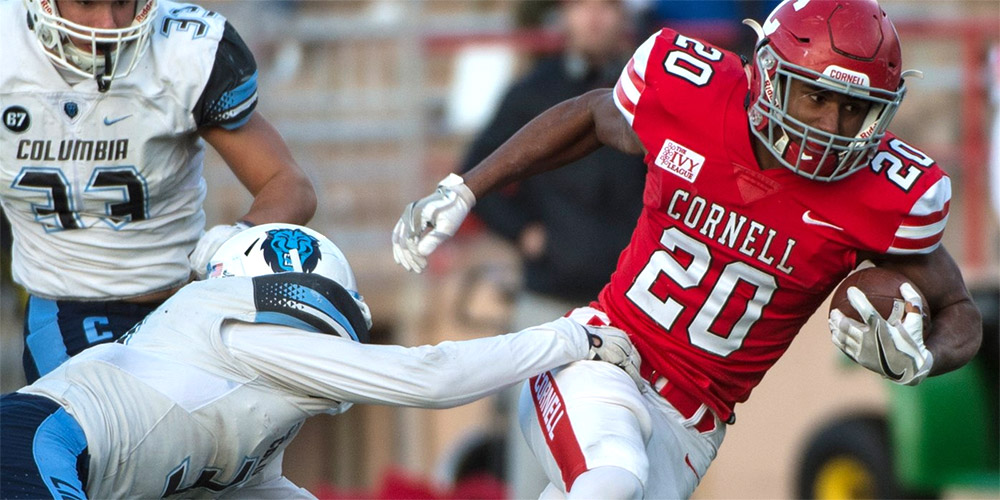 NEW YORK, N.Y. -- Mike Roussos scored on a punt and kickoff return, the latter with 45 seconds remaining, to help Columbia retain the Empire State Bowl with a 24-21 victory in the 2018 season finale at Wien Stadium. The Lions closed the season at 6-4, while the Big Red end at 3-7.

Cornell took a lead with 58 seconds remaining on a 2-yard sneak by Dalton Banks, but Roussos took the ensuing squib kick and returned it all the way for an 87-yard score. That came on the heels of a school-record 91-yard punt return in the first quarter to bookend the Lions' win.

The Big Red climbed out of an early 10-0 hole to take leads of 14-10 and 21-17 on the strength of Banks, playing his final game in a Cornell uniform, and junior Harold Coles. Coles ran for 123 yards and a pair of touchdowns and caught seven passes for 86 more in the loss. Banks threw for 285 yards and ran for the go-ahead touchdown in the final minute.

Lars Pedersen caught five passes for 54 yards and Owen Peters hauled in three for 79 yards. Mo Bradford led the Big Red with 11 tackles and had his first interception and senior captain Reis Seggebruch notched nine stops and a tackle for loss to lead the defense. Jordan Landsman had four tackles, one for a loss, an interception and a pass breakup and Jelani Taylor broke up three more passes.

Cornell dominated the stat sheet, outgaining the Lions 460-235, limited the Lions to 76 rushing yards, controlled time of possession (31:47-28:13), had more first downs (22-13) and ran more plays (87-61). The Big Red missed two field goals and turned it over once - surrendering a scoring-opening field goal - in addition to allowing the two special teams touchdowns.