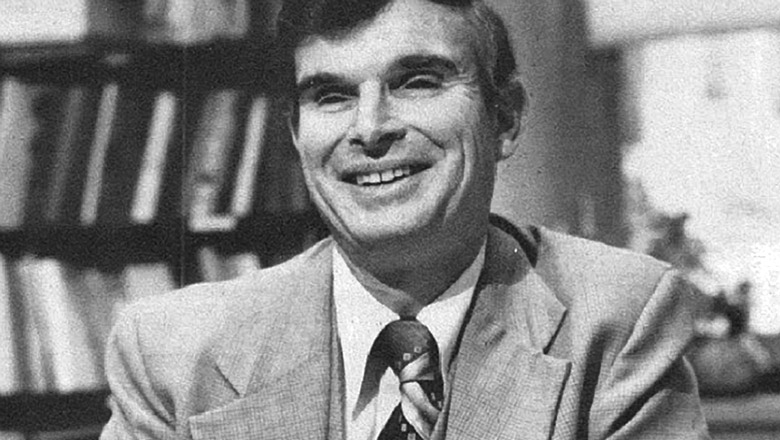 The following is an excerpt from a story written by Matt Hayes and originally published in The Cornell Chronicle.

A celebrated teacher and agricultural economist who suffered an injury at age 25 while serving in the military that left him permanently blind, Sisler taught more than 12,000 students during his tenure at the College of Agriculture and Life Sciences (CALS) from 1961-95.

“Dan was a person of such intelligence, fortitude, optimism and sheer willpower that he couldn’t help but spark in his students and colleagues an identical drive to persevere,” said Kathryn Boor, the Ronald P. Lynch Dean of CALS. “Dan inspired generations of Cornellians to accomplish much more than each thought he or she could ever do.”

Born Sept. 25, 1929, Sisler grew up on a family farm that produced potatoes and other crops 25 miles southeast of Buffalo. As a teenager he took an interest in the family’s logging operations, selling timber to furniture makers and nearby companies like toy manufacturer Fisher-Price.

That early experience in the wood industry inspired Sisler to pursue training as a chemist specializing in wood adhesives for the pulp and plywood industries. He enrolled at Purdue University with a football scholarship at the Big Ten school.

Posted in In Memory of and tagged Daniel Sisler